Epic Christmas Del Mexico (Thru The Portal)… The Return

So this little piece was done on the humans’ Christmas Eve Celebration.

I thought it needed some extra polish… So I shot that beyatch Thru A Potral.

It has just returned to me. And it reeks of tequila.

I present it to you now.

Flow With The Universe.

Thunder CLAPZ Thru The Forrest

This is an outtake from the upcoming Rusty Joints album, “ATeNATiCa”.

I love it on it’s own, but It didn’t work for me in context of the other tracks on the album.
So I decided to give it out now.

Grab a copy and slap somebody in the neck with it.
Bring an umbrella. Ella.

And a shout out to Lee for putting me on to the sampled song. 🙂 ZAP!

New track to groove with.
Fonky.

Give a listen, snatch a download, Do a dance. Use your hips.

Invasion Force 1988 – 1st completed piece for follow up to: CPTN

Sneek Peek at the new album.
…and The Notes Amplify the Chaos

This is the first completed track, and the album will be on the way.
A follow up that is keeping things moving.
Hope You Dig!

2 Sneek Peeks at new material for: Chaos Plays the Notes.

Will be out Soon here at RustyJoints.net

Now that the first, official, official album is just about ready to be released… This seemed really appropriate to drop on you guys.

Free download so grab one and Enjoy.
Just click the down arrow on the right side of the player.

aaaaaaah snap.
It’s gonna be good.
Especially good for your ears.
Even your pets ears.

And the cops will knock on your door.
(For pumping the music too loud).
watch out now!

Rust-Former: Robot in Your Ear 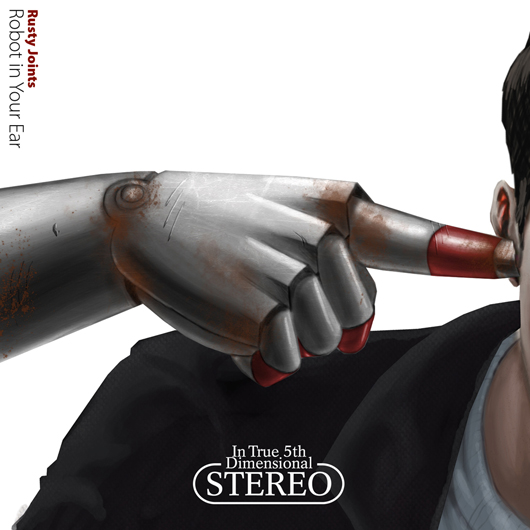 Rusty Joints
is back with his second release.
Robot in Your Ear.

In this album the question is posed:
What’s worse than a wet Willy?
How bout a wet Willy from a Rusted finger.

But go on…
Grab yourself a Free copy.